Beta-blockers,a futuristic-sounding name, is a group of medications that are widely used to treat heart-related diseases. According to the Malaysian Statistics on Medicines published in 2007, beta blockers were the most commonly prescribed high blood pressure medications. Although 14 years later we have better choices for high blood pressure such as angiotensin-converting enzyme inhibitors (ACEI, the drug name ends with “-pril”), beta-blockers still have its importance in other areas of medical treatment.

Beta-blockers have names that end with “-prolol”. Examples are metoprolol, atenolol, bisoprolol and carvedilol. 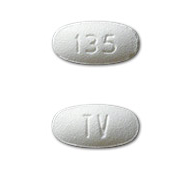 Why are they called “beta-blockers”

The answer lies within how beta-blockers work. Even if you haven’t heard of beta-blockers before this, you definitely know what adrenaline is — a hormone that raises your blood pressure and heart rate when you’re under stressful conditions.

Beta-blockers work by blocking the “entrance door” where adrenaline would normally come out and exert its actions, known as the beta-adrenergic receptors. That’s why they’re called “beta-blockers”.

As a result of this blockade, your heart rate drops and your blood pressure is lower after using beta-blockers. Beta blockers also help open up your veins and arteries to improve blood flow.

As mentioned above, beta-blockers are commonly used in the following conditions:

The dose, frequency and administration time of beta-blockers may vary depending on the type and severity of the medical conditions.

Major side effects of beta-blockers

The blockage of beta-adrenergic receptors we mentioned above can be useful for treating certain medical conditions, but it may also bring unwanted side effects.

Slowing down of heart rate

The medical term for slowing of the heart rate is known as bradycardia. Slowing down of heart rate is a normal and expected response towards beta-blocker treatment. Therefore, its use is avoided in patients with heart block problems or who are also receiving other medications that also slow down heart rate, such as digoxin or certain calcium channel blockers.

Not all beta-blockers behave the same way. Propranolol, a beta-blocker with broader action, may restrict breathing in patients with breathing problems such as asthma. Whereas such issue is less common with other more specific-acting beta-blockers, such as metoprolol and bisoprolol. This is why when a person is starting a beta-blocker treatment, the doctor may spend a longer time to take proper medical history, so that the treatment does not bring about unwanted side effects like this.

This is known as hypoglycemia. Because adrenaline promotes blood sugar production and utilisation, the use of beta-blockers may reduce such sugar metabolism and leads to reduction in blood sugar level. In addition, adrenaline also helps to alert you when you experience drop in blood sugar by making you sweat and anxious. Non-specific beta-blocker treatment such as propranolol may mask this effect, causing a person to have no knowledge of its own dangerously low blood sugar level. This is especially dangerous for individuals who are on insulin therapy for diabetes and beta-blocker at the same time, because extremely low blood sugar levels can be fatal. Fortunately,  beta-blockers that are more specific in their action (such as carvedilol) are less likely to cause this issue.

If you’re currently on a beta-blocker therapy, or know someone who does, here are things to remember:

Note: Doc2Us is not for medical emergencies. In the event of urgent medical conditions, please call 999.

Disclaimer: As a service to our users and general public, Doc2Us provides health education contents. Please note the date of last review or update on all articles. No content on this site, regardless of date, should ever be used as a substitute for direct medical advice from your doctor or other qualified clinician.

Medications to avoid or adjust if you have kidney disease

Medications are amazing if use...

Peripheral Arterial Disease- What you have to know

What is peripheral arterial di...

[Infographics] Everything about salt that you need to know!

It's a common knowledge that h...