In conjunction with Thyroid Awareness Month, let us bring you the second instalment of thyroid health: hyperthyroidism.

Too much of anything is bad

And that includes your thyroid hormone. See, thyroid hormone is an essential component of your body normal function – it regulates your metabolism, helps you stay warm and keeps your vital organs working properly. Thyroid hormone is secreted by the thyroid gland, and our body has a robust feedback mechanism that keeps thyroid hormone at just the right amount.

However, in the case of hyperthyroidism, the thyroid gland produces too much thyroid hormone. When this occurs, the body's metabolism is increased, which can cause a variety of symptoms. In contrast to hypothyroidism – which sometimes confer no symptoms – many people with hyperthyroidism have dramatic symptoms, including one or more of the following:

“Woah! Weight loss despite eating a lot? That doesn’t sound too bad!”

Baby Yoda is right. Hyperthyroidism symptoms are no joke. As we will discuss later, untreated hyperthyroidism can lead to other medical conditions and even life-threatening medical emergencies.

In addition, hyperthyroidism can affect the reproductive health for both men and women. Some women have irregular menstrual periods or stop having their periods altogether. This can be associated with infertility. Men may develop enlarged or tender breasts or erectile dysfunction, which resolves when hyperthyroidism is treated.

And it’s not just young people and adults – old people can develop overactive thyroid too. Elderly patients who have hyperthyroidism generally have milder symptoms compared to their younger counterparts. However, weight loss, breathlessness, and fast and irregular heartbeat occur more commonly in older than younger patients.

Hyperthyroidism has several causes, and the most common cause is Grave’s disease. Graves’ disease is an autoimmune disorder. With this disease, your immune system produces an antibody that stimulates the thyroid gland to produce too much thyroid hormone. Meanwhile, the thyroid gland enlarges, which is called a goiter. It can also make the eyes bulge out or lead to eye problems in some people. 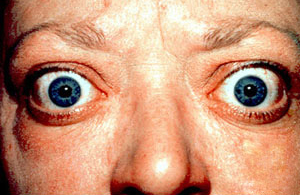 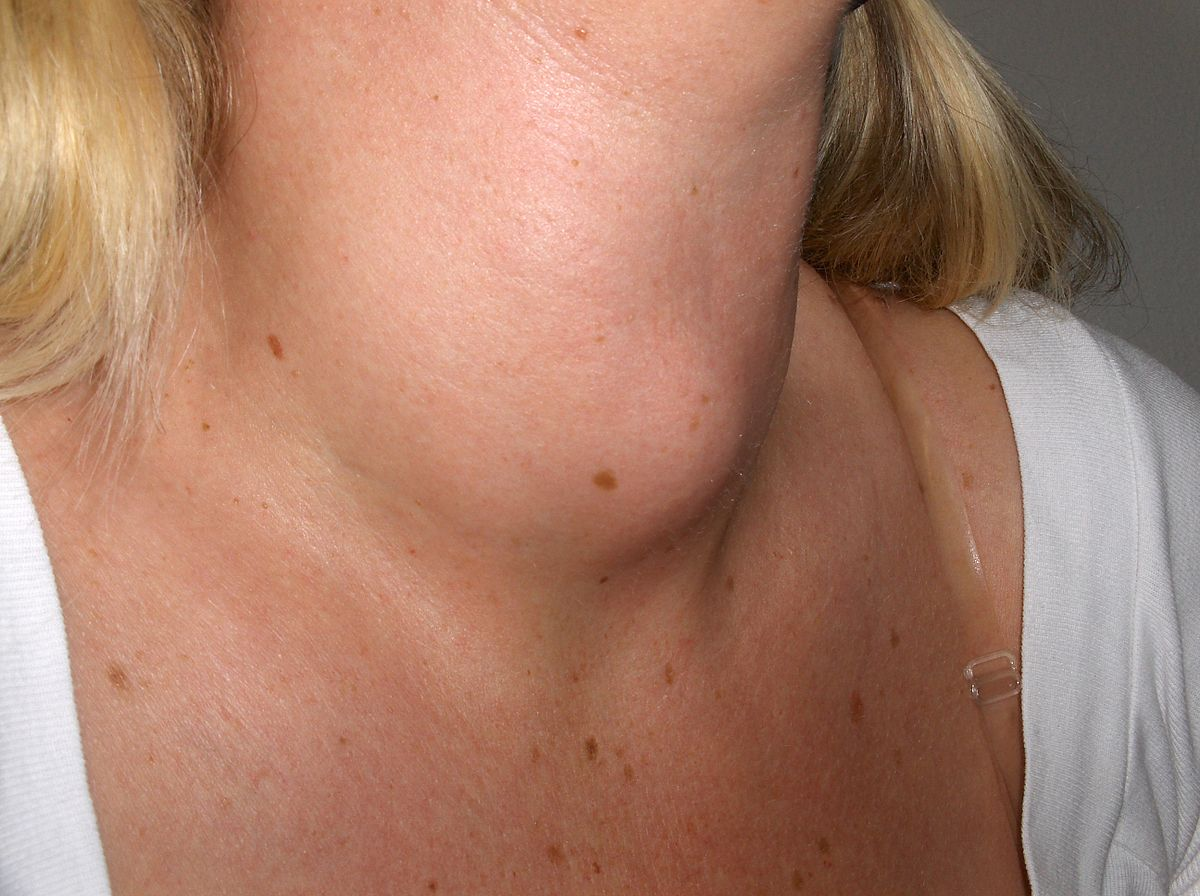 Grave’s disease usually affects people between ages 30 and 50, but can occur at any age. The disease is seven to eight times more common in women than men. A person’s chance of developing Graves’ disease increases if other family members have the disease.

Besides Grave’s disease, other causes of hyperthyroidism include:

Who is more likely to develop hyperthyroidism?

Hyperthyroidism is more commonly found in women, as study showed that women are 2 to 10 times more likely than men to develop the disease.

Apart from that, you are more likely to have hyperthyroidism if you:

How do doctors diagnose hyperthyroidism? 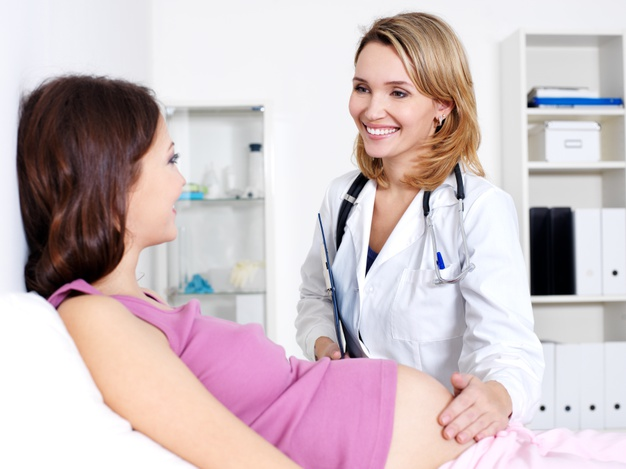 Your doctor may use several thyroid function tests to confirm a diagnosis of hyperthyroidism and find its cause. It is done by taking your blood sample and sending it to a lab for assessing the levels of these components: TSH, Free-T4, Total-T4, T3, thyroid antibodies and thyroglobulin. Collectively they inform your doctor the status of your thyroid function. Imaging tests, such as a thyroid scan, can also help diagnose and find the cause of hyperthyroidism.

There are two main categories of medications used in the treatment of hyperthyroidism, each confers a different strategy: antithyroid medication and beta blockers.

Examples of antithyroid medications are methimazole, carbimazole and propylthiouracil. They can be used as short-term treatment in people with Grave’s disease or toxic nodular goiter, before treatment with radioiodine or surgery. They can also be used for 1 to 2 years for people with Grave’s disease and see if a remission occurs. If remission does not happen or the patient wants to avoid radioiodine therapy or surgery, they can be used for long-term.

On the other hand, beta blockers work differently than antithyroid medications – they have no effect on the thyroid hormone itself, but they reduce the symptoms caused by having too much thyroid hormone in the body. Beta blockers such as atenolol and propranolol can control rapid heartbeat, tremors, anxiety and heat intolerance. In other words, they may not reduce thyroid hormones but they help to reduce the discomforts associated with hyperthyroidism.

To permanently treat hyperthyroidism, doctors may recommend ablation, a procedure to destroy your thyroid gland using radioactive iodine/radioiodine. Radioiodine is given in liquid or capsule form, and it works by destroying much of the thyroid tissue.

Would that tip off the balance and lead to too little thyroid hormone? Indeed, most people who take radioiodine develop hypothyroidism and will need to take thyroid hormone supplements for the rest of their lives.

Radioactive?! That must come with many side effects right?!

The amount of radiation used is small and does not cause cancer, infertility, or birth defects. With that being said, it does come with certain health risks and chance of returns, your doctor will advise you accordingly.

Although surgical removal of the thyroid is a permanent cure for hyperthyroidism, it is used far less often than antithyroid drugs or radioactive iodine because of the risks (and expense) associated with thyroid surgery. The risks include damage to the nerves of the voice box and parathyroid glands, which regulate the body's calcium balance. Your doctor will discuss the surgery option with you if he or she thinks you need it. 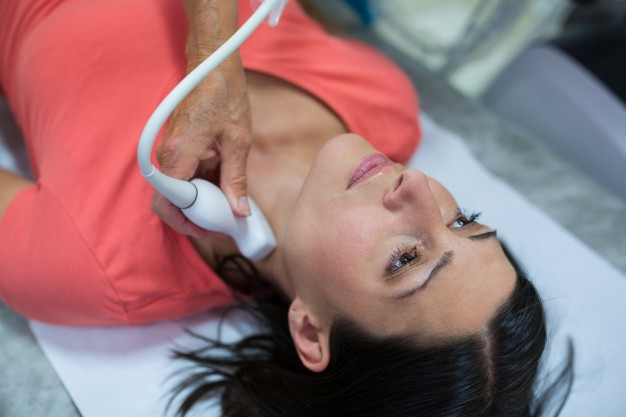 Is hyperthyroidism during pregnancy a problem?

Thyroid hormone levels that are just a little high are usually not a problem in pregnancy. However, more severe hyperthyroidism that isn’t well-controlled can harm both the mother and the baby. Untreated hyperthyroidism during pregnancy may lead to miscarriage, premature birth, preeclampsia (a dangerous rise in blood pressure in late pregnancy) and many more.

If you have hyperthyroidism, be sure your disease is under control before becoming pregnant.

More reasons to get your hyperthyroidism treated

If hyperthyroidism isn’t treated, it can cause some serious health problems, including: 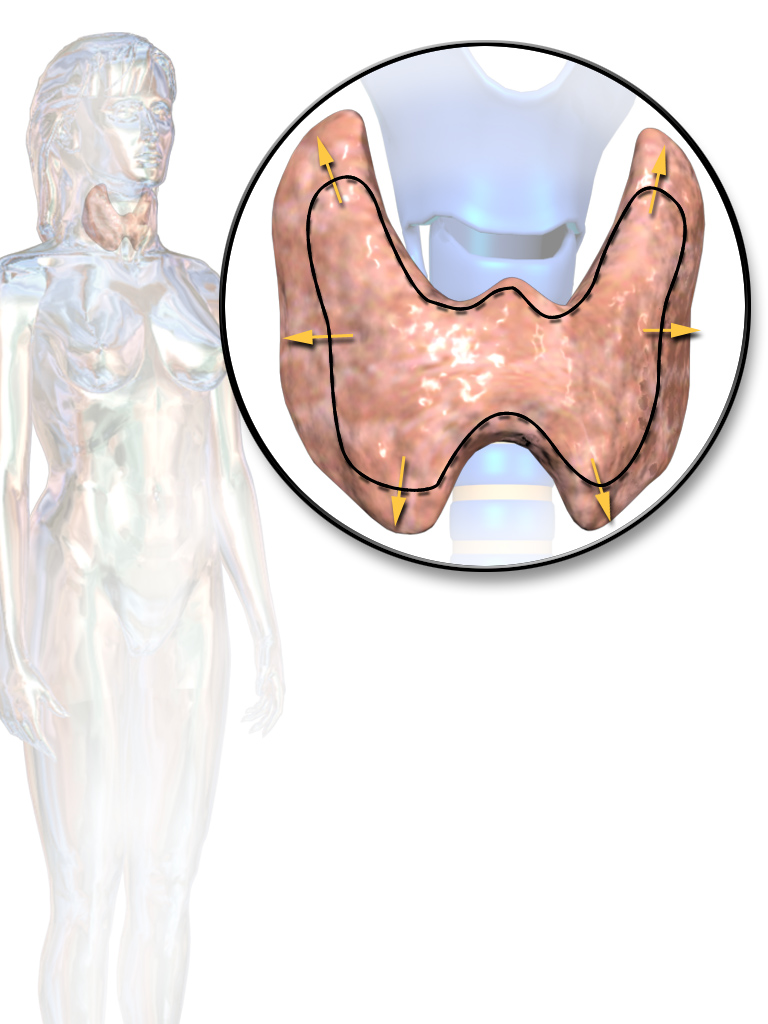 If you have any questions related to thyroid, you can consult our professional doctors and healthcare professionals on Doc2Us®. Doc2Us® is a mobile application that allows you to talk to a doctor or any healthcare professionals via text chat at any time and from anywhere. Download Doc2Us® app on Apple App Store, Google Play Store and Huawei App Gallery; or use our web chat at https://web.doc2us.com/. Till then, stay safe and take care!

What You Should Know About Scoliosis

Many all over the globe are af...

Endometriosis: what you should know?

Can too much vitamin A supplements cause toxicity?

Do you hold your pee often?

Did you experience occasional ...